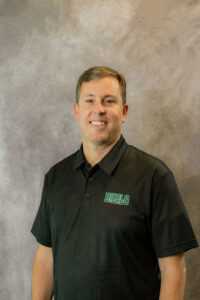 My main goals for the players that I coach is that they improve in the game of volleyball, build confidence and gain a strong skill of communication

I have been involved in coaching sports since I was 14 years old when I was helping my dad coach my older sister’s softball team. I have always had the passion to be a coach and share my experience with others. I have been coaching volleyball for over 30 years. I have coached all levels and I have coached players from 8 to 60 years old.

I have had lots of successes in coaching and not all have come from winning a game. Just the idea that players finally get what I am asking me to do is the greatest gift I can receive. The player will look over towards me with a big smile, and we both know what has just happened.

I have my degree in Physical Education from California State University Long Beach. I took many things that I learned from my degree and incorporate into my coaching.

I have always liked this quote that I share with all my teams.”There is no limit to what can be accomplished if it doesn’t matter who gets the credit”

Most recent Coaching Highlights: (All of the successes below came from dedicated athletes and the support of their parents. I thank all of you for these great years)